Originally from Ohio,  Tamar Frankiel has lived the last several decades in Los Angeles, where she and her husband raised their five children.  After completing her PhD at the University of Chicago Divinity School, she taught in various universities. In 2002 she joined the faculty of a Jewish seminary and graduate school — the Academy for Jewish Religion California — to help educate rabbis, cantors, chaplains, and other community professionals. She served in the administration there for many years, including as President, and now continues on the faculty and represents the Academy as an active participant in academic interfaith dialogue with representatives of the Church of Latter-Day Saints.

Tamar’s primary interests now are spiritual development through prayer, contemplation, and dreaming. She has recently completed a novel, Earth Island Rising, that revolves around a woman’s spiritual development through dreaming and immersion in ancient cosmologies. She leads and participates in women’s dream circles in Los Angeles, and she is assisting her spiritual teacher, Connie Kaplan, in a new online project teaching Kaplan’s The Invisible Garment.

Her favorite fiction:  Edith Parteger, The Heaven Tree Trilogy and (under the name of Ellis Peters) The Brother Cadfael Chronicles.  Her favorite nonfiction:  Avivah Gottlieb Zornberg’s explications of Torah.   Her favorite videos:  the ones starring any of her children or grandchildren!

Besides her new novel, featured on the home page, she has written many books over the years on religion and spirituality.

from Gaon Books, Santa Fe, from their listings in Jewish spirituality:

from HarperSanFrancisco and Bloch Publishing: 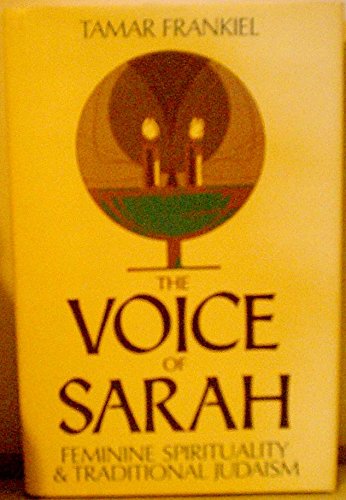 Bringing out the inner qualities that make our lives worthwhile.